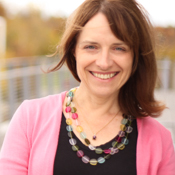 In the News: Dr. Temple was recently featured in the Review of Ophthalmology for her work with human retinal epithelium cells and her efforts to combat eye disease:

Stem Cells from the RPE
One of the most interesting stem-cell-related developments in the past decade has been the realization that different organs contain cells that are partly specialized for use exclusively in that tissue, but still qualify as stem cells because their final cell type is not yet determined. Following that premise, researchers are now working with stem cells that are found in the RPE, as well as stem cells taken from the central nervous system, both of which are showing unique promise.

Researchers at the Neural Stem Cell Institute in Rensselaer, N.Y., have been working with the stem cells found in the retina. These cells are innately programmed to produce RPE cells (although they sometimes do produce other cells, possibly accounting for certain retinal disease conditions). Sally Temple, PhD, co-founder and scientific director of the institute, and president-elect of the International Society for Stem Cell Research, heads the group. They are currently culturing human RPE stem cells and transplanting them into diseased retinas in an attempt to produce anatomic and visual rescue.

“We now have really strong efficacy data for this procedure in an animal model using the Royal College of Surgeons rat,” says Dr. Temple. “In that model the RPE is dysfunctional and the photoreceptors die. We’ve shown that we can rescue photoreceptors and vision in that animal by implanting adult RPE stem cells. We’ve followed these animals for six months to date, and the effect is ongoing; the treated animals are continuing to see while the untreated controls are going blind.”